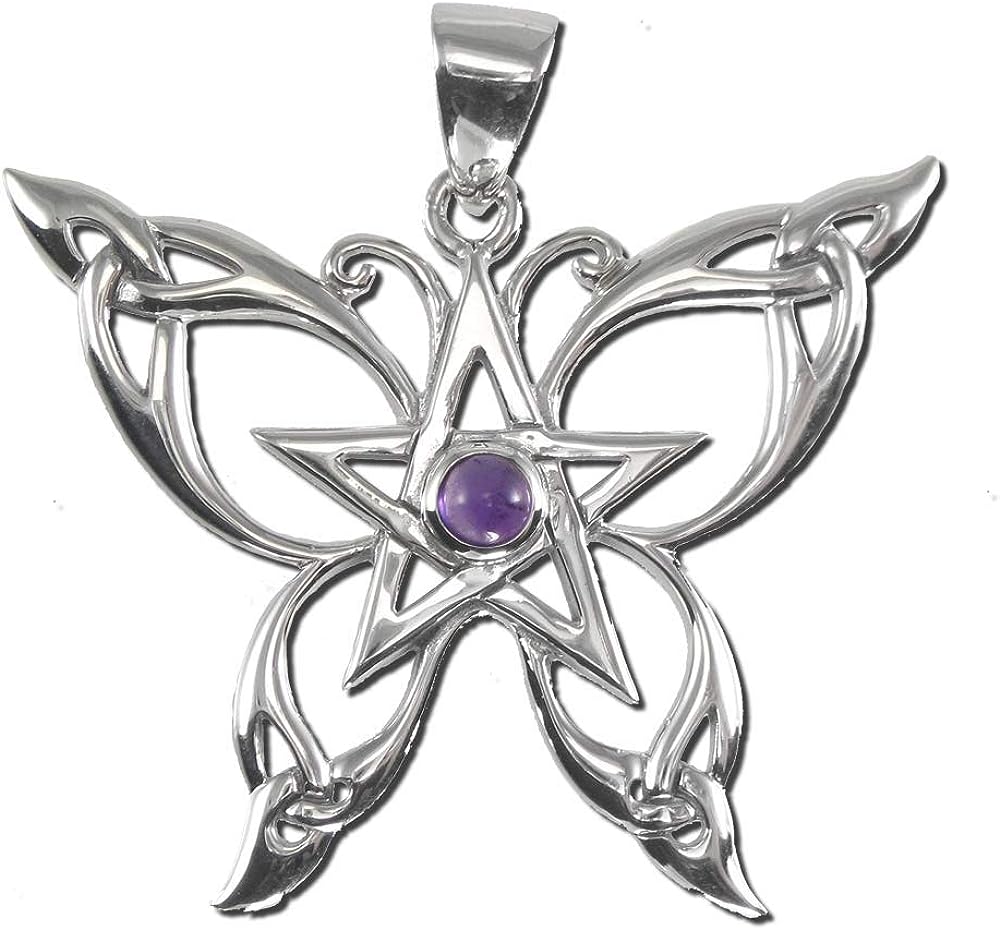 The butterfly is well known to represent transformation. The pentacle is a symbol of earth, protection and abundance as well as the spirit in harmony with the four elements. Together, they embody the transformational power of spirituality. First, the egg that is all potential becomes the caterpillar, constantly searching and absorbing its environment. This leads to the cocoon where it seems to die...only to be reborn as the magnificent butterfly which then lays more eggs, continuing the cycle of growth and transformation.